The European Court of Human Rights: general approaches and opinions

What does the European Court of Human Rights mean?

“The land of promise, where you rarely go after a marathon of procedure, will lament the pledants.

The only authentic judiciary, created by the Convention for the Protection of Human Rights and Fundamental Freedoms, will be specified by lawyers. First international jurisdiction to protect fundamental rights, historians recall. The last bastion of democracy on the old continent will affirm the political people. 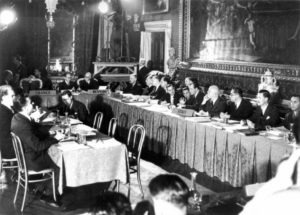 Neither inaccurate nor exclusive, these formulas certainly allow the definition of the Strasbourg Court, but all this could not make us forget that the latter often remains ignored by the general public…

And yet, the mission entrusted to it by the democratic states of Europe concerns all those entire – national, foreign, stateless – who are in the jurisdiction of these states.

Besides, she is interested in all socially concerned people to see concrete universal values”

(Vincent Berger – “The jurisprudence of the European Court of Human Rights” – IRDO, 1998 )

On 5 May 1949, in Strasbourg, the Statute of the Council of Europe was signed. The statute was signed by Belgium, Denmark, France, Ireland, Italy, Luxembourg, the Netherlands, Norway, Sweden, the United Kingdom and Northern Ireland established a supranational organization for intergovernmental and parliamentary cooperation.

The declared purpose of the Council in accordance with Article 1 of the Statute is to achieve a closer union between its members in order to defend and promote the ideals and principles that constitute their “common heritage”. 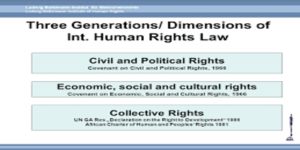 The guiding principles of the activity are the pluralist democracy, respect for human rights and the rule of law.

The Convention for the Protection of Human Rights and Fundamental Freedoms has been drafted by the Council of Europe ideally transposing the principles outlined in the immediate reality.

Signed in Rome on November 4, 1950, the Convention entered into its duties in September 1953.

In the spirit of its authors, it acts to take the first steps outlined in the Universal Declaration of Human Rights of 1948.

The convention originally signed by the representatives of thirteen governments, among which, for France by Robert Schuman, brings together all member states of the Council of Europe.

Four years after signing the Convention (18 May 1954), the Committee of Ministers of the Council of Europe elects, for the first time, members of the European Commission of Human Rights.

On 21 January 1959, the Parliamentary Consultative Assembly of the Council of Europe elects, for the first time, the judges of the European Court of Human Rights, who are called upon to examine some cases after the Commission and to resolve them by means of final and binding rulings.

“The European Convention does not plead to enumerate a set of rights, it immediately guarantees them to every person in the jurisdiction of the Contracting Parties.

The person, then isolated and ignored in relations between states, becomes a person, a citizen in the community of European nations”

(Statement by Fr Mitterrand, as President of France, held in an official meeting with the President of Italy )

The Convention obliges signatory states to guarantee human rights to all citizens. In order to operate it, the states were conditioned to accept the jurisdiction governed by it.

Note that it is given to individuals, non-governmental organizations or groups of individuals the right to complain when they consider that one or more rights have been violated.

Time has shown that additions, nuances, or radical changes to its provisions are necessary.

The spirit in which it was formulated remained the same in spite of the 11 protocols which, in fact, merely emphasized the need to respect protected rights or added others such as the right to property, freedom of movement, freedom of choice, social rights, civil, economic and cultural diversity.

The Convention has practically created an international control mechanism that adds to national mechanisms, all Member States accepting the competence of this convention: the European Court of Human Rights.

This international and regional human rights defense organization has the role of an international court that has a subsidiary role in domestic lawsuits.

Respect for human rights in Europe has evolved in recent years a remarkable development, both in drafting and adopting legislation and enforcing legal provisions in line with the EU law.

The severity of the violation of human rights will stifle the EU population to knowledge of the necessary rules in the field so that the state institutions with situations of violation of these rights can be exercised through its specific attributions.

The population must feel defended by state institutions, forced to intervene in human rights violations.

In order for the idea to be relevant, citizens need to know the legal means they have at their disposal to remove the causes and effects of non-compliance.

Knowing the place of human rights in the European construction, as well as the fact that the first international jurisdiction to protect fundamental rights was ensured by the European Court of Human Rights, a judicial authority created by the Convention for the Protection of Human Rights and Fundamental Freedoms.

1. Human rights as an institution

Man is a social being by nature, which necessarily relates to his fellow men, to society as a whole, this being the framework that ensures his existence and development by the fact that “each has a status of the one in which the whole rights that society grants or claims from each”.

Therefore, due to the implications and the special consequences of this for human existence itself, the necessity of creating and maintaining the balance in society, the tight connection of individual – society interests, determined its legal regulation. By law, the freedom of the person was founded, a notion that in time resulted in the institution’s crystallization, called human rights, which represents a solid guarantee of the optimal development of the relations shown.

It has to be said that the human rights institution represents, in the contemporary world, a major requirement and that this institution is very complex.

One can even speak of a process of human rights development internationally, given the importance of their development, determined mainly by the adoption of numerous international conventions.

It can be appreciated that the institution has a bivalent character, being at the same time one

“Institution of national law, integrated into the constitutional norms of one country or another’’

This emergence of the concept of human rights was the result of the evolution of humanistic ideas and their increasingly intense reception.

The debut, from a chronological point of view, can be positioned in antiquity preoccupied with the definition of man and his position in society and the formulation of the high moral principles, of the idea of justice.

Over time, new conceptions have been developed, mainly due to the evolution of society, the changes made in political and legal terms, philosophical theories reflected in documents of the times.

It can therefore be appreciated that “the elaboration of the concept of human rights was the result of legal acts with a rich moral and political content, the consecration in the form of documents drafted by prestigious lawyers, of principles of political organization, grounded in works theoretical values of universal value that have resisted over time.

The concept of human rights itself represented a synthesis of everything human thought had better, lifting new humanist principles on the stage, resuming elements of religious thought and the general hopes of freedom.

Statements and resolutions are convergent states’ views that have paved the way for the adoption of international conventions on the international protection of human rights.

These legal instruments deal either with the whole issue of matter (ex, ‘’Human rights pacts’’ ), or certain concrete aspects (ex. women’s rights, the fight against genocide, etc.) reaffirm and develop the existing international law in this field.

All legal instruments (conventions, covenants, protocols and laws) are the fruit of the recognition by the Member States of the universal importance of human rights and freedoms its foundations, the observance of which is a decisive factor of peace, justice and prosperity necessary to ensure the development of friendly relations and cooperation between all states.

4. The inclusion in the international legal order

Recognizing and enforcing human rights through international documents has had a beneficial influence on the domestic laws of states in the sense of contributing to the affirmation of respect for human rights and the improvement of national laws.

Without the registration of human rights in constitutional norms and without taking the necessary measures to guarantee them by each country, citizens’ rights and freedoms are ineffective.